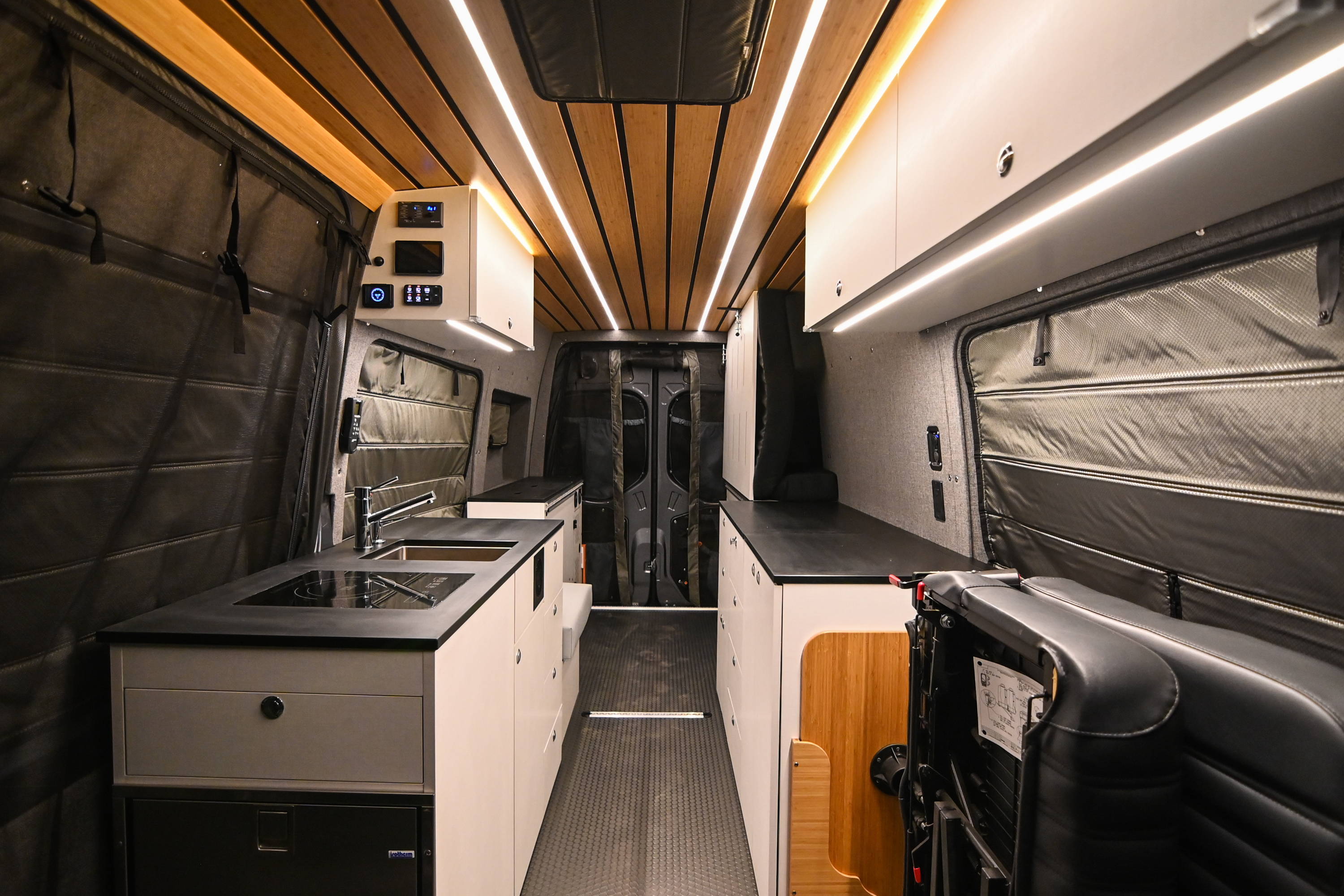 The Shasta layout is named after the second highest mountain in the Cascade Range. A less known fact, is that Shasta has the most volume of any of the Cascades, which gives build its namesake.

The Shasta build is the most popular for solo travelers or couples who want to go the extra mile(s) and leave no sight unseen.

The Shasta offers all the same amenities as the Rainier, but is stretched out four feet on the 170" chassis, allowing you to go further and stay longer!